A patient recently shared a story with me that I have found to be emblematic of a widespread breathing epidemic. He was five years old when one day, one of his babysitters pointed to his belly and told him to “Suck in that gut.” He remembered internalizing the off-handed comment with shame, and began holding in his stomach even when breathing. Into adulthood, he maintained this breathing pattern. He now marks this exchange as a defining shift in his perception of norms when it came to breathing, the belly, and what was acceptable.

The “Flat Belly as Health” Myth

His story is just one example of buying into the myth of the “flat belly as health,” prompting people to just “suck it in.” What this misperception has done is coached us to consistently change the way our bodies naturally want to breathe. If you observe a young child, infant or toddler, you will see their abdomens expand with each breath, whereas if you observe a man or woman at a cocktail party or at the beach, you will most likely see people inhale and exhale into the chest only, as the lower belly stays in.

Eastern European clinicians in the DNS movement have identified this breathing pattern as pathological, or diseased, because it is a dysfunctional and inefficient way of breathing. This pattern not only causes temporary physical discomfort, but triggers and promotes long-lasting global dysfunction of motor patterns in the body, affecting a whole host of compensations, such as:

So, how do we begin to “unlearn” this habit?

1. Listen to your inner dialogue.

Start by listening to your own self-talk. Have you, as we all have at some point, believed the “flat belly as health” myth? Have you sucked in your stomach, believing it made you look more healthy or attractive? Or that it increased your strength during a yoga pose or deadlift? Have you found yourself chest-breathing? Have you told yourself or someone else to just “suck it in?” Bringing awareness to our perceptions is the first step in challenging them.

2. Next, try a simple breathing practice.

Lie comfortably on your back with your legs bent at 90-90. Relax your shoulders, head, and neck. Inhale through your nose, initiating your inhale expansion near the pubic bone. Continue expanding your abdomen into your belt line 360 degrees around the torso. Try not to move your shoulders up or down. As you exhale, continue to keep your shoulders, neck and throat relaxed. This simple practice can activate proper diaphragmatic motion, which in turn increases core stability. 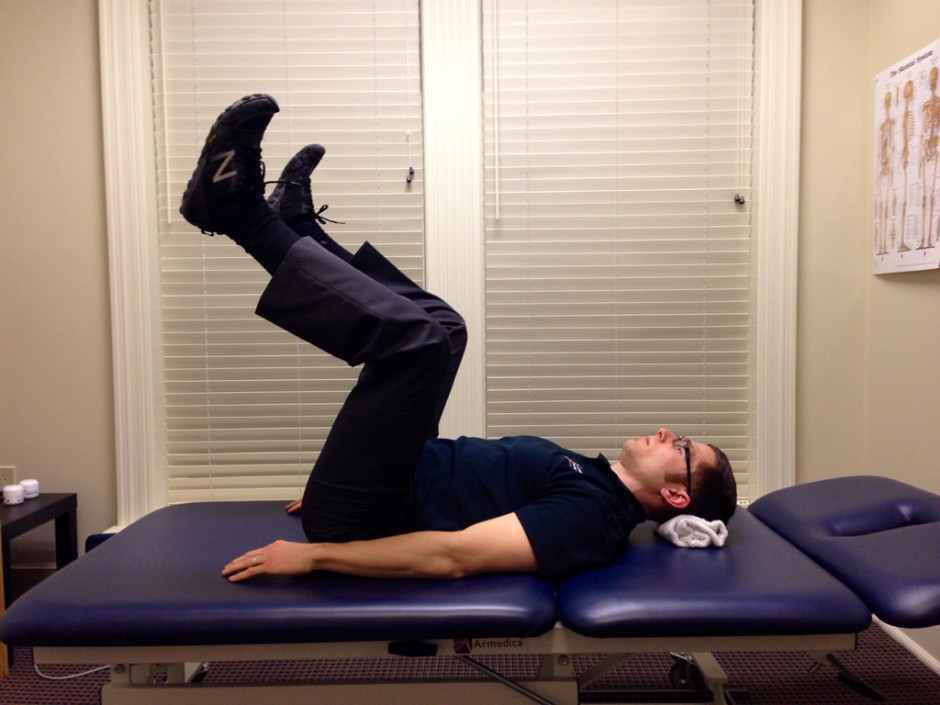 This is a core strengthening exercise I use with my patients:

Repeat progression 3 times once a day. 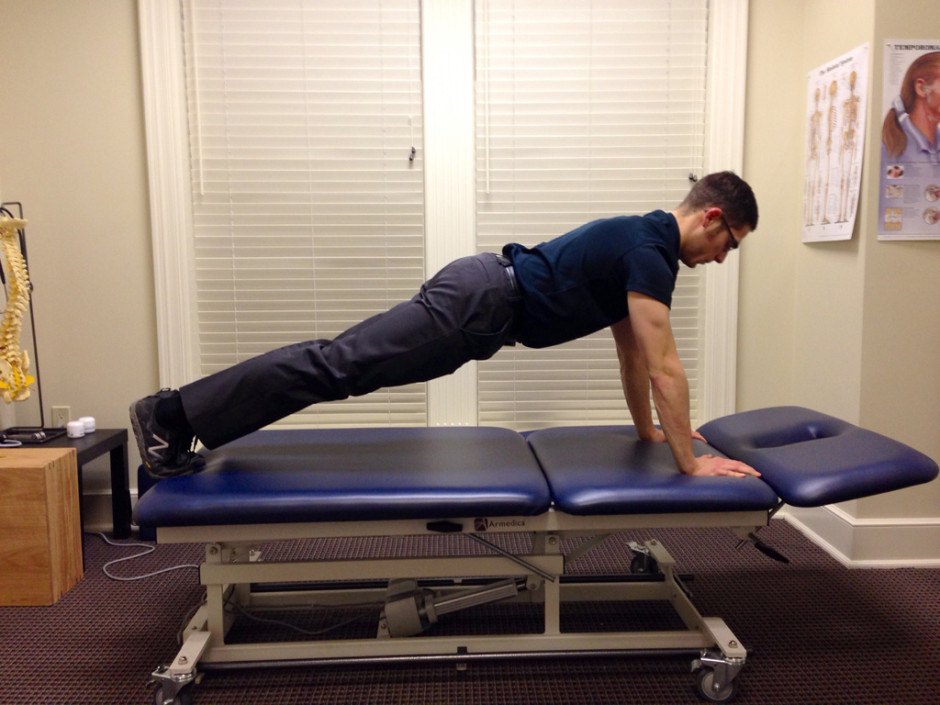 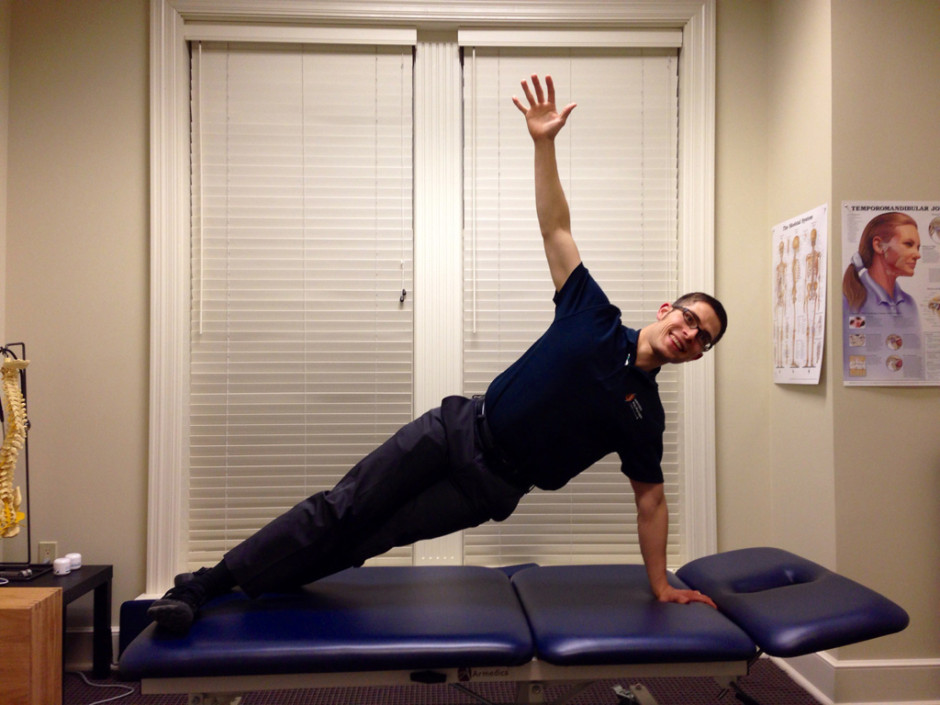 If you have questions or are curious about an assessment of your breathing practices, call me at the office at 515-421-4018.